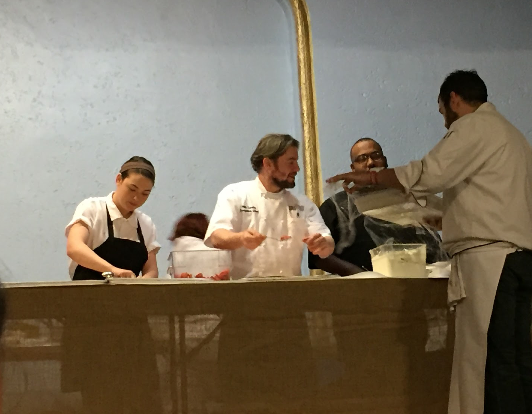 What happens when two Southern chefs do a pop up dinner in New York.

Recently I was fortunate enough to attend a pop up dinner by Dinner Lab. The event was in a cool/hipster/gentrified neighborhood of Brooklyn and was curated by chefs Matthew Basford and Nick Leahy of Atlanta. And while Brooklyn has many amazing restaurants, this dinner was one of the most memorable culinary experiences I’ve had because the theme of the night spoke to a wider theme going on in the culinary world.

The dinner was titled “The Sun Never Sets: Cuisine of the Global British Empire” and the food fused traditional English fare with cuisine from former British territories. 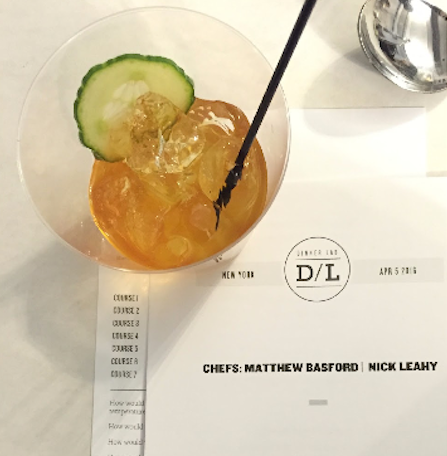 We had a Chicken Tikka Masala with a Carolina gold rice pudding, seared kangaroo loin with southern style collard greens and grits, pavlova with a passion fruit cream -just to name several of these pairings. But what made this evening so special is that both chefs took cuisine from their culinary backgrounds and created something entirely new without disregarding its source material. And this is what food bloggers do as well.

As a food blogger we first look to what we know and then try to make it unique for our own uses. What was once just a vanilla cake is turned into an orange olive oil cake. Or a dumpling is now filled with philly cheese steak. Does it fall into one single category of cuisine? No. But it pays homage to it’s source material and innovates. 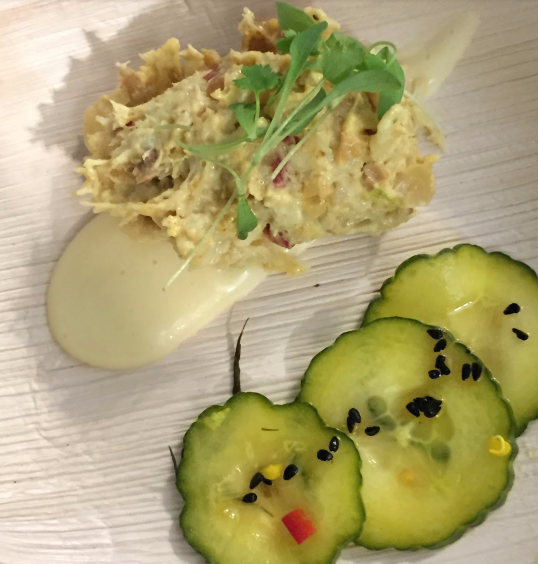 I wouldn’t call this fusion per se, but maybe an evolution in food so that it’s representing a global cuisine.

What I liked about Dinner Lab is that they hold events all over the country like this; A new theme, a different chef, another city but all the while spreading the importance of food and the sharing of it. We as food bloggers have a platform to reach the masses but chefs like Basford and Leahy are fortunate to have an audience to demonstrate and explain their methodology to with pop up events like these.

Personally, I would have never ordered Kangaroo off of a menu at a restaurant. It’s just too foreign and often when I go out to eat I’ll order something that I already know I’ll like. But after hearing Matthew Basford’s background and how he came from Australia to work in the South, I was able to appreciate the pairing of the kangaroo with the southern food staples of grits and collard greens. I was able to let go of my anxiety about an unknown food and also know that there were parts of the dish that I was familiar with and knew I would enjoy. We as bloggers also have to impart this persuasion and explanation about the food that we create.

After this experience with Dinner Lab, I am excited to try more of their events. It was a wonderful evening and I felt like I was exposed to so many new ideas and was able to meet many new and interesting foodies. And now next time I go to a restaurant maybe I won’t be afraid to order the kangaroo.

Disclosure: My meal was complimentary but the opinions expressed are my own.