So, Scoutmob’s tagline is “Curious Local Finds. Absurd Mobile Deals.” But we think it should be “Making coupons sexy, one deal at a time.” Scoutmob highlights cool things to do around your city. But the real cool thing, at least to a bargain hunter like me, are the 50% off deals they have. You just sign up on their site and get notified of the daily deals through their mobile app, via email or cell (they won’t spam you).

“The deals are our business, but the content is strictly stuff we find interesting, curious, weird, funny, awesomely awesome, or just straight up informative.” – Scoutmob site

The cost? Nada. Yep, that’s right. Move over Groupon and Restaurant.com, ScoutMob is absolutely free. You don’t even need to print them out if using your phone. Now, keep in the mind the deals are only good for (on average) 3 months, but hey, it cost you nothing, so what do you care? 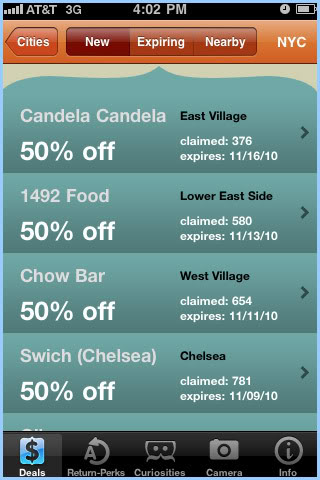 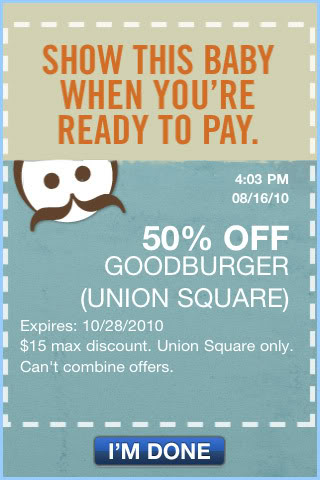 Got an iPhone? We’re jealous. But seriously, ScoutMob has an app (available on iPhones and Droids) that will send all the deals directly to your phone without you having to sign up each day. Just pull it up and show to your server or cashier, no need to print it out either. Woohoo!!

Currently Scoutmob is only available in Atlanta, New York and San Francisco. They have plans to launch in the following cities:

Check out their site here.