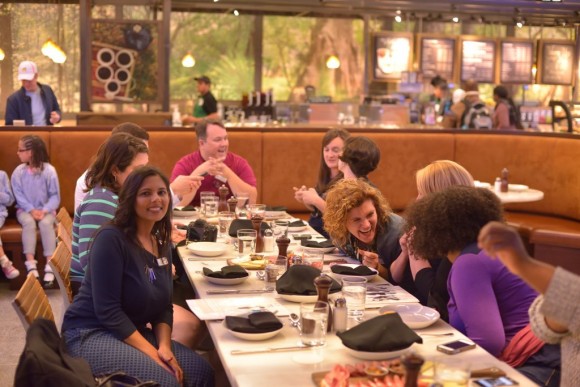 The Association of Food Bloggers partnered with HMS Host for the first ever, progressive dinner at the Atlanta Airport. Just how does one plan a progressive dinner at an airport?  By going through lots of red tape. But it was so worth it, as we all had an incredible time dining airport style.

As you may be aware, if you’ve traveled through the Atlanta airport, it is huge! There are multiple concourses connected by trains and as if that wasn’t enough, they’ve just added a new international terminal. Our group of 10 met at the Atlanta Chophouse, an upscale pre-security restaurant. The two-story restaurant features dark woods and a casual, welcoming ambiance. 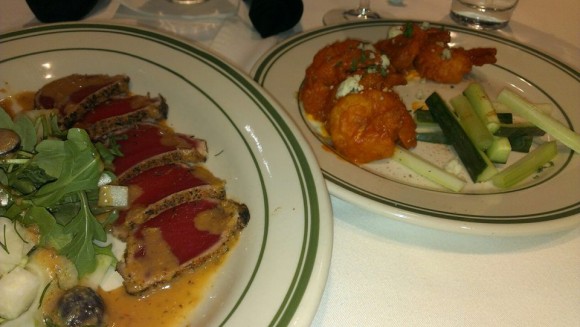 A delicious sampling of Ahi Tuna and Buffalo Shrimp started the evening off. The Buffalo sauce was on point, an opinion supported by each blogger, including one of our members who hails from Buffalo. Not only were the appetizers tasty, but we found that the greens the accompanied the dishes were locally sourced, something HMS Host strives to do in each city’s airport they are in.

Before we got too comfortable we were whisked away to our second destination. But not before we made our way through security. At the risk of sounding incredibly snooty, it was pretty neat to have our own security escorts.

Besides working with existing restaurants to source from local vendors, HMS Host helps to bring local restaurants into the airport. That’s right – you can still eat like a local even if you never leave the airport. Case in point is Ecco restaurant, a favorite of Midtown Atlanta diners. 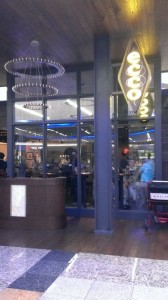 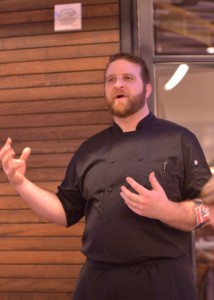 Ecco, a modern European / Mediterranean restaurant features cured meats and cheeses, pizzas, pastas and other European influenced dishes. Executive Chef of HMS Host, Renate DeGeorge, works with restaurants to help them pair down a regular menu to a manageable amount of airport offerings and pick dishes that will work best in smaller kitchens. 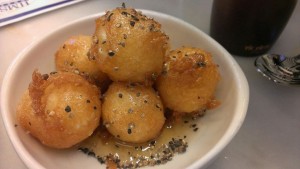 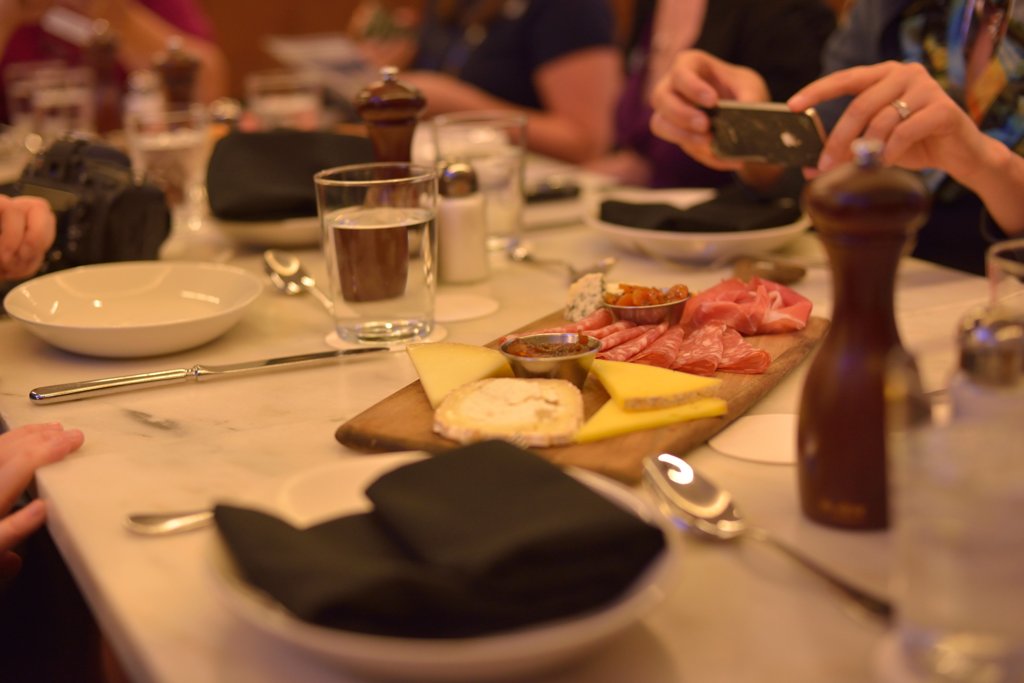 You wouldn’t guess this was airport dining at all with a selection of meats and cheeses, honeyed fried goat cheese and stuffed piquillo peppers (locally sourced from Brasstown Beef, of course).  Enjoy all of these foods while sipping on a well-crafted cocktail too. We sampled the Gigi Says, a vodka ginger cocktail. 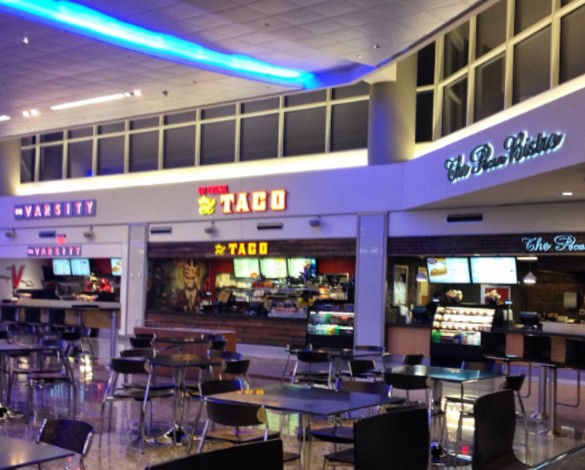 This being a progressive dinner, we headed out to our last stop – the food court, even taking a cocktail to go, which anyone can do, while in the dining area of the international terminal. This new area in the airport is much more upscale – even by food court standards than other terminals at the Atlanta airport.

What’s a visit to the city’s airport without a taste of the south? The Pecan (whether you pronounce it “pee-can” or “pe-caan”), is another local favorite in Atlanta. Staying true to their roots, diners can try a southern classic like Shrimp n Grits. Or embrace the new-ish Chicken and Waffles craze complete with options of honey mustard and sweet syrup to drizzle atop. Do save room for their namesake – Pecan Pie. 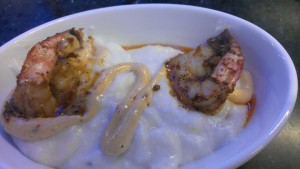 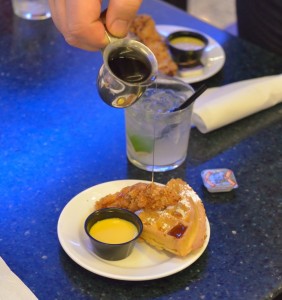 While The Pecan provided us with dessert at the Atlanta airport progressive dinner, it wouldn’t truly be a complete visit without stopping by The Varsity, one of the longest running, most iconic restaurants in Atlanta. Make sure you get a paper hat and take a selfie before flying off to your next destination. 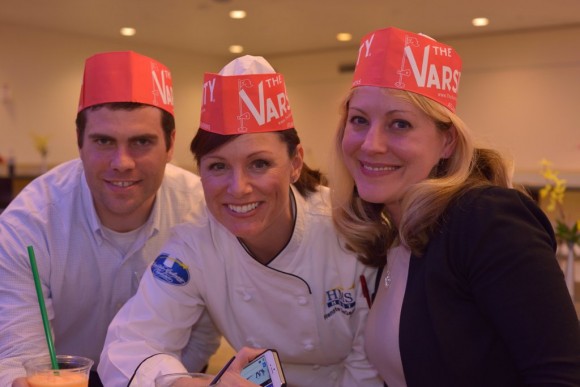 In the Atlanta airport, we’ve long suffered from a small selection of boring chain dining selections. Not only is it a welcome addition to have some of the local, beloved restaurants at our airport, but also knowing that they are supporting local vendors by sourcing from them.

Huge thanks to HMS Host for helping us make the first progressive dinner at Hartsfield-Jackson Airport in Atlanta a huge success!